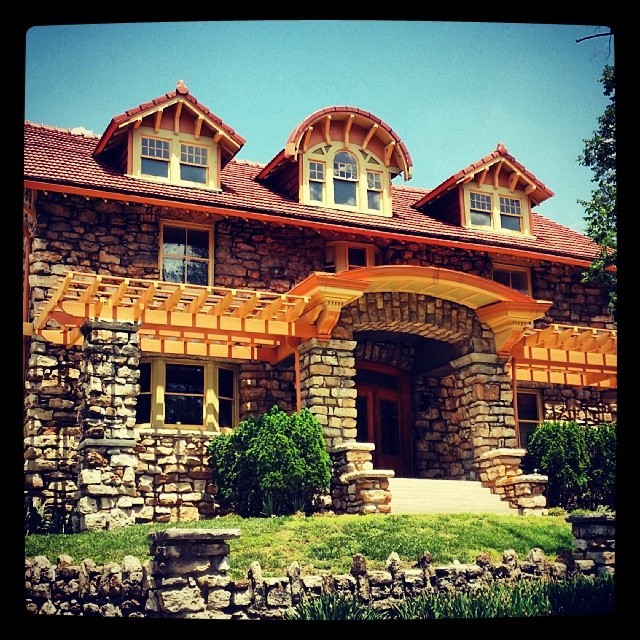 As many of you are aware, the Coleman Highlands subdivision is classified as a Historic District. This classification was obtained by the neighborhood in 1996. The purpose of a Historic District classification is to preserve the visual, architectural and structural integrity of our neighborhood. The reason Coleman Highlands has the ambiance that we all find so appealing is due to its architectural imagery. To preserve and protect this imagery there are guidelines and limitations as to what types construction is allowed, be it new construction or renovation and repair, in a Historic District.

The governing body is the KCMO Historic Preservation Office and Commission. Brad Wolf is the director and go-to guy if you have questions (816) 513-2902. The basic guidelines are any “exterior changes” that would be considered “material changes” need to be approved by the Landmarks Commission. These material changes would be modifications beyond “in kind repair.” In other words repairing or replacing something which has rotted or deteriorated is not subject for review. Whereas material changes or architectural additions/expansions that would alter the original integrity or visual character of the structure, would be subject for review. At issue will be what is visible from the street.

Depending on the scope and scale of the modification, reviews can often be handled either on the phone with digital photographs or over the counter. Of common concern are paint schemes/colors and window replacements. More substantial modifications and new construction will require obtaining a Certificate of Appropriateness from the Landmarks Commission. Obtaining a Certificate of Appropriateness involves filing an application with supporting documentation. Brad Wolf will consult with the applicant, review the application and write a staff report which will be submitted to the Landmarks Commission for a formal hearing resulting in approval or denial. These hearings are open to the public and neighborhood input is welcome.

Personally, I built a new home in Coleman Highlands in 2005 and while the process was rigorous, it was fair and feasible. There are Secretary of the Interior Standards for Rehabilitation which you will find on KCMO Historic Preservation webpage (http://kcmo.gov/planning/services/historic-preservation). The key with new construction is to be sympathetic to the surrounding property’s historic character. They’re not asking for, and typically disallow, designs intended to appear as though they were built in the 1920’s. What they are asking for is that the character, size, scale, bulk and architectural massing be in keeping with the surrounding structures.

The Coleman Highlands neighborhood was platted by Robert Coleman in August of 1907. The location was ideal for a new suburb—atop a bluff, with fresh air and cool breezes, and located near streetcar connections to downtown, the west bottoms and Westport. The original plat divided the Coleman farm into 293 lots. Most houses were built between 1908 and World War I and a second wave of construction occurred between World War I and World War II. These homes were built in a variety of styles that included Colonial Revival, Craftsman, Prairie, Bungalow and Kansas City Shirtwaist. During the early 1950s, a third wave of construction occurred in the neighborhood, primarily of Ranch houses in an area just north of West Coleman Road and 33rd Street, where a ravine was filled in and leveled during 1945.

For more information on what it means for Coleman Highlands to be a historic district, reach out to a board member, or visit http://kcmo.gov/planning/services/historic-preservation/