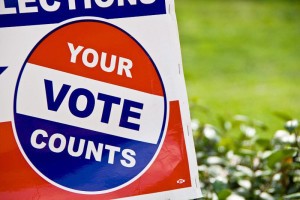 The Mayor and City Council make up a 13-member non-partisan legislative body that governs our City. There are 6 Council Districts, each having 2 Council representatives — one being elected in-district and the other at-large. In-District means they live in the district and are elected by the voters of that district. At-large refers to candidates that live in the district and but are elected by a city-wide vote. In a nutshell, we elect the Mayor, a 4th District Councilmember and all 6 At-Large Councilmembers (8 of the 13 members).

Coleman Highlands is located in the 4th City Council District of Kansas City Missouri. Our current Council members are Jim Glover and Jan Marcason. Councilwoman Marcason is term-limited and will be unable to run again this election. Jolie Justus and John Fierro are running to fill her spot. Councilman Glover is running for re-election to the 4th District At-Large position and his opponents are Jared Campbell, Bryan Stalder, and Katheryn Shields.

In order to learn more information about the candidates running for office, there are many upcoming forums. A few are detailed off to the right, but there will be more. They are generally advertised and many times Scott Burnett will send info through the Google group e-mail. The Primary election will be April 7th and the General Election on June 23rd. The new Mayor and Council will take office August 1st. Not registered to vote? Go to www.kcab.org for info on locations and/or a mail-in registration form.

Sponsored by League of Women Voters

Sponsored by the Midtown KC Post and the midtown neighborhoods.